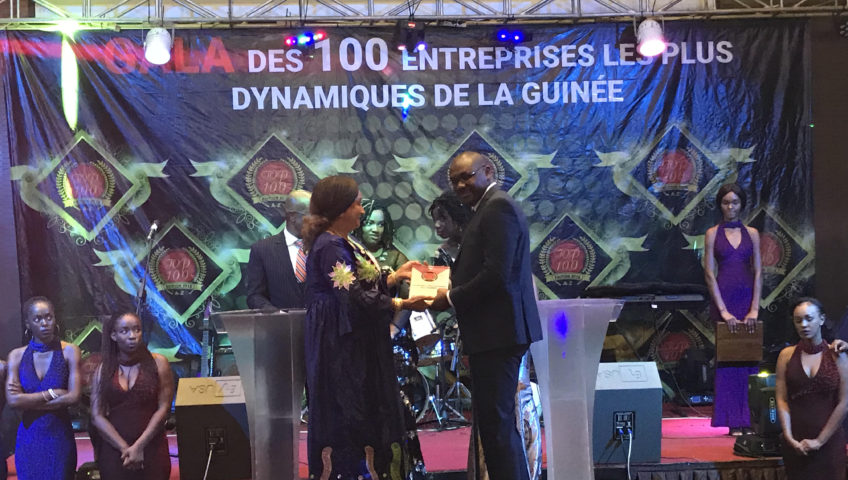 This Friday, March 16, 2018 was held the Gala 100 most dynamic companies in Guinea and West Africa (Top 100 Guinea). Initiated by Cofinance, this ranking is based on several criteria such as job creation, the ability to penetrate the market, etc.

In all, a dozen awards have been distributed. UMS has won the most dynamic enterprise in the transport sector, and SMB has been crowned with the gold palm of the most dynamic company for its impact on the economy. UMS and SMB are both part of the SMB WINNING CONSORTIUM for the extraction, transport and export of Bauxite. This consortium has created nearly 5,500 direct jobs and at least twice as many indirect jobs, and works every day to be a citizen and responsible partnership.

Our transport manager Thierno Tall, who picked up the UMS award on behalf of our CEO Mr Fadi Wazni, thanked the teams who surpass themselves every day to achieve this result. Frédéric Bouzigues, CEO of the SMB, did the same. He also congratulated the entire mining sector for their dynamism, GAC especially for their prize also obtained, and thanked the Boké region for hosting the consortium activities.

The consortium wants to continue moving forward, maintaining dynamism and excellence, to go on spreading Guinea beyond its borders.