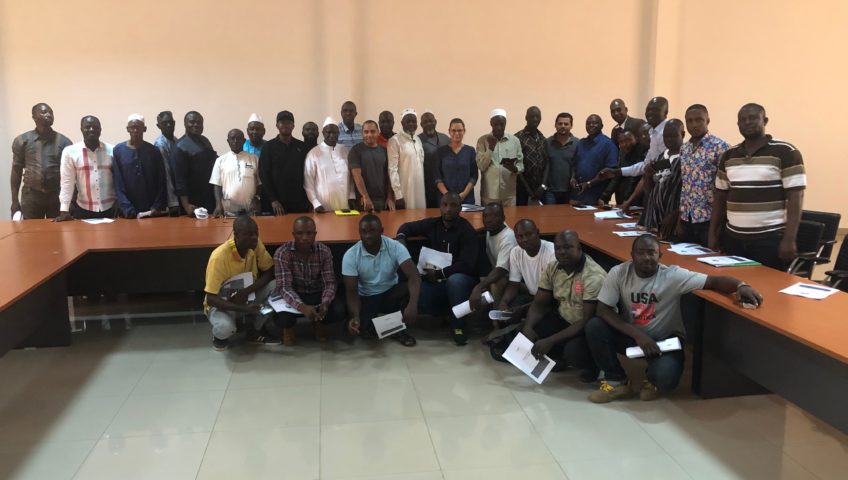 The SMB-Winning Consortium has announced that it has now reached an optimal rate of use of the truck fleet for the transport of bauxite extracted in the Boké region.

The Consortium started its mining operations in 2015, and has outsourced the transportation of ore to Guinean companies to a very large extent.

Since January 2018, Guinean transporters have provided 64% of the transport of bauxite produced by the Consortium, i.e. more than 20 million tons per year.

Having reached its cruising speed in terms of production and export, the time has come to consolidate logistical resources, with a view to anticipating the entry into service of the train in 2022.

In order to achieve this, the Consortium will contribute to the reduction and modernization of the fleet of Guinean service providers, with the “worked – paid” system, a form of 0-rate credit, which allows national subcontractors to be entrusted new – or less than two years old – trucks.

To date 35 trucks have been handed over to Guinean carriers on this principle. A distribution of 75 trucks is underway.

For Fadi Wazni, Chairman of the SMB Board of Directors: “The Consortium must ensure the profitability of the transport of subcontractors – by contracting only as necessary and taking into account the commissioning of rail transport – and contribute local development, through support programs for the modernization and rationalization of the fleet of national carriers ”.