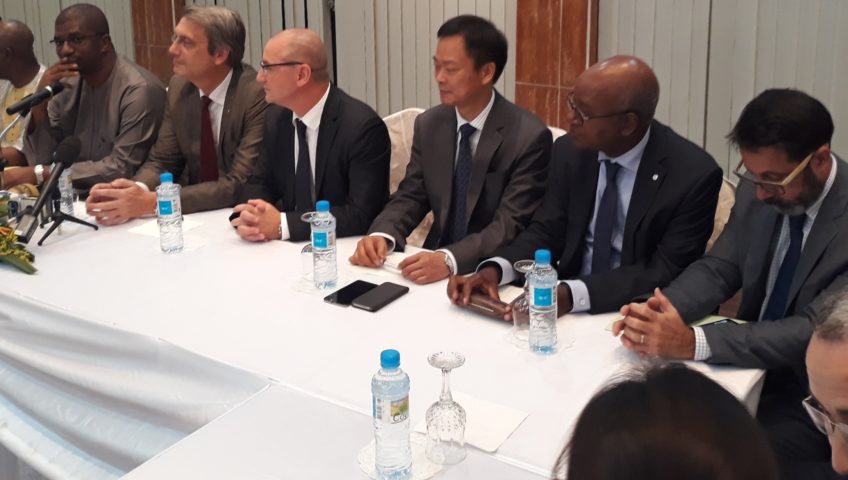 SMB Winning Consortium – The 3 Conventions ratified unanimously by the Assembly

After the signature of the agreements with the government dated November 26, 2018, the project of the Consortium SMB-Winning passed yesterday as in Monday, December 24, 2018 before the honorable deputies of the National Assembly for its ratification. It was in the presence of the Supervising Ministry and the whole Management Team of the Consortium.

The plenary began with a screening of a film tracing the achievements of the SMB in Guinea, including its development actions in favor of neighboring communities and its role as a catalyst for the country’s mining production capacity. A film applauded by the representatives of the people.

According to the contents of the report of this integrated project presented by Honorable Camara, chairman of the parliament’s mining commission, guinea will be able to create more than 9,000 direct jobs in the construction phase and 50,000 indirect jobs. And the exploitation phase will give more than 5,000 direct jobs without reporting the benefits of the railway. The opportunity was taken advantage of by the commission’s Predict to salute Fadi Wazni, describing the PCA of the SMB as a “pioneer of the Guinean mining sector”.

After the presentation of the report by the committee on the merits, the commission in charge of mining, it was the turn of the Minister of Mines and Geology to answer a few questions from the elected representatives of the people.
In the end, in their interventions, all the presidents of the various parliamentary groups of all tendencies urged the honorable members to favorably welcome this project by voting favorably, because it follows the logic of the integrated mining development of guinea. The “favorable” vote was unanimous, without any abstention, making this moment and this vote of the Guinean parliamentarians historic.

For an investment of 3 billion US dollars, these agreements will be a real economic lever.

Present in the hemicycle during this vote, the representatives of the consortium did not hide their contentment from the media.

“I can guarantee you that we will carry out all these projects. For an extremely simple reason, we practically managed to secure the funding, “said Fadi Wazni, chairman of the board of the SMB-Winning Consortium.

For Frédéric Bouzigues, General Manager of the SMB, it is with pride that the project welcomes the unanimous endorsement of parliamentarians: we are more determined to put all our know-how in order to succeed this gigantic challenge of major investment in Republic of Guinea, he adds.

Welcoming in passing the dynamism in the relations with the communities of the impacted zones of the project.

It should be noted that among the community development projects planned by the SMB, there is a major agricultural corridor that will be set up along the railway to promote the exploitation of lowlands and agricultural lowlands.