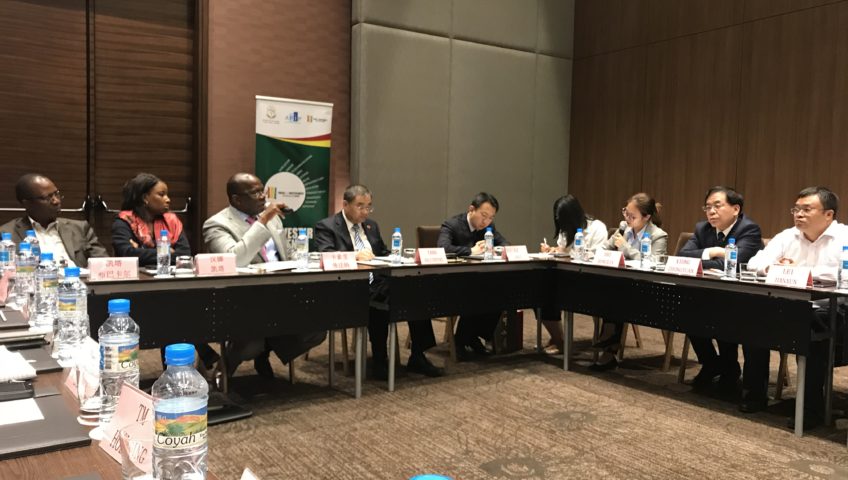 Sino-Guinean Round Table of Investment – SinoHydro

On April 16, 2018, UMS was invited to a Sino-Guinean investment round table by the Private Investment Promotion Agency (APIP). A dozen Chinese companies in Xiangxi met with a dozen Guinean companies, under the chairmanship of HE Minister of State Kassory Fofana, as well as representatives of the Chinese delegation Mr. Li and Mr. Yang Haisheng.

The Chinese side has raised all the qualities of Guinea for foreign investors or suppliers, after having praised the historical friendship Sino-Guinean which puts Chinese companies at the forefront of potential partners for the country. Then came all the qualities of Xiangxi Province: growth, international ranking, etc.

SEM. Kassory Fofana agreed with the Chinese delegation, insisting that the round table is in line with the policy of HE Mr. PRG. He called for open and friendly B2B meetings, and the latter took place in the second part. 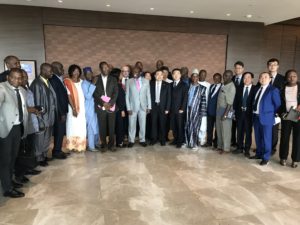