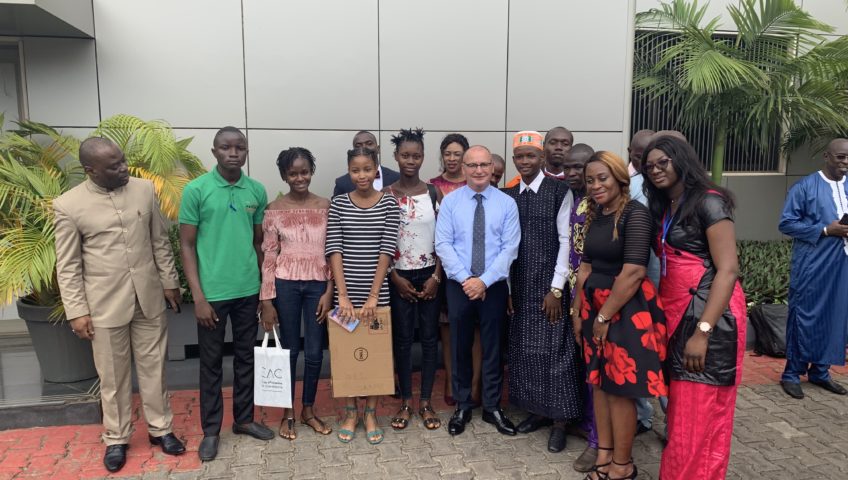 It is no longer a secret that the CEO of UMS, PCA of the SMB-Winning-UMS Consortium and Honorary Consul of the Kingdom of the Netherlands in Guinea, Fadi Wazni, is not only a philanthropist in love with Guinea, but also very attached to the evolution of his country, particularly through education, which is for him the basis of all development. He also chose to sponsor the Prix d’Excellence pour tous (Excellence for All Award), initiated by the NGO Ecole d’Excellence pour tous (School of Excellence for All), which awards prizes to the most deserving students.

Fadi Wazni having been represented by the QSE Manager at the presentation ceremony that took place last Saturday, the NGO, supported by the Embassy of Côte d’Ivoire in Guinea, chose to go to thank him in person for his generous contribution. Poetry, theater and music were in the spotlight.

Mrs. Assa, president of the NGO, expressed her gratitude for the consideration of the sponsor for his ambitious project. Two laureates then interpreted a poignant text that addresses the importance and influence of a teacher in a person’s life and in the development of a society.

After apologizing for not being able to personally attend the ceremony, Mr. Wazni recalled that “education, while being a necessary step to a better life for oneself and for the people around […] is not enough, what is needed are also human qualities, […] ethics. He also assured that if, in addition to being gifted, one is “commendable”, “honest” and “hardworking”, one has the insurance to succeed one’s life. “Today you need us a little, but tomorrow we will need you a lot.”

After a musical and dancing performance, he finished by congratulating the laureates again, and promising them even more help in the future.