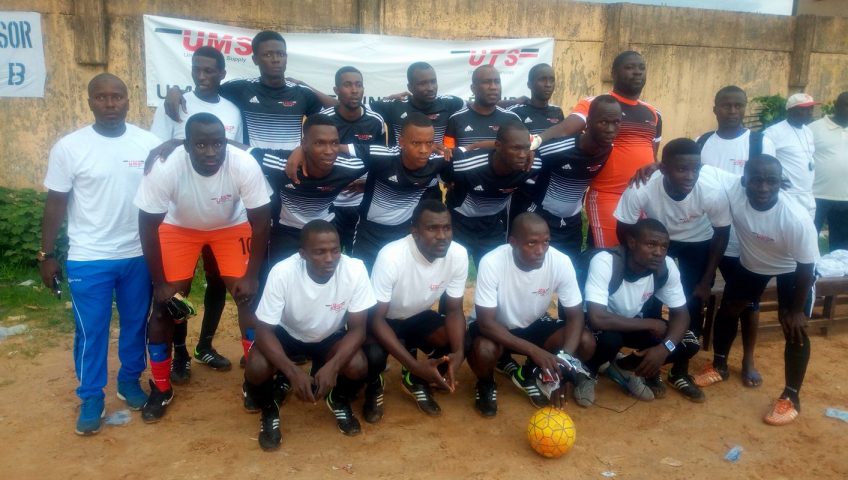 A splendid initiative n Boké : a football tournament between mining companies (extractive et sub-contractors) with the aim of promoting fair-play and strengthening solidarity between the employees of said companies and other members of local communities. Organized by the association of journalists/reporters of the municipality, this competition bears the name of the Governor of the Administrative Region of Boké, Brigadier General, Siba Sévérin Lohalamou.

In the opening match, CBG celebrated their victory against SMB with a 2-0 final score. As for UMS, we came out victorious of our first match against Laguipres (2-1). The goals were scored by Keita Almamy captain of the UMS football team, and Conté Aboubacar. Our second match will take place Sunday July 30th, against EGB, another security and supervision company.