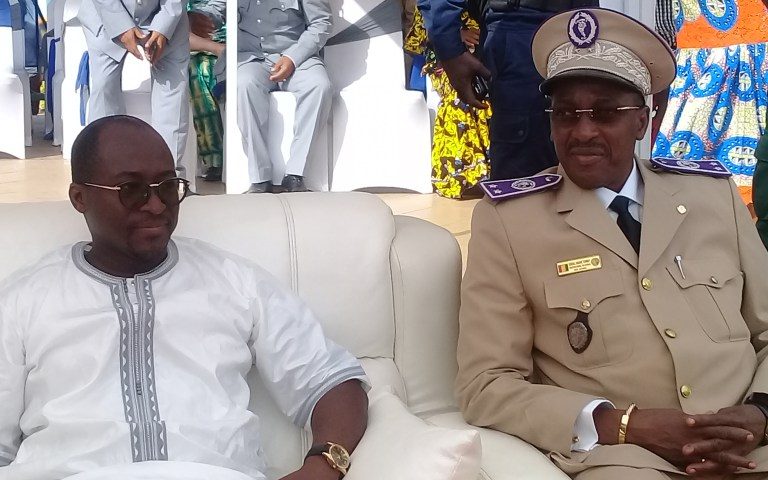 On the occasion of the celebration of International Customs Day, Friday, January 26, 2018, and at the closing of the annual Customs meeting, the SMB Winning Consortium was distinguished by the Ministry of Budget.

The presentation of the award was made during the closing ceremony of the days devoted to the annual Customs meeting, in the presence of representatives of several international institutions, such as the IMF, the French Embassy, the European Union and other technical and financial partners of Customs.

Welcoming a strong partnership with the Consortium SMB Winning, the Director General of Customs, General Toumany SANGARE encouraged and congratulated this economic partner who efficiently contributed in 2017 to the mobilization of customs revenues and to support the reforms initiated by the Guinean Ministry of the Budget.

The various results obtained, thanks to the partnership with the Guinean private sector and especially with the mining companies, lead the General Directorate of Customs to pay particular attention to the mining sector, the current engine of economic growth of the country.

Since its installation in Guinea and after the construction of its river terminals in Katougouma and Dapilon, the SMB Winning Consortium has become a major partner for the national economy, notably through the payment of mining and export taxes of the bauxite by the SMB.

This satisfaction, presented to the Chairman of the Board of Directors of the SMB, representing the SMB Winning Consortium, Mr Fadi Wazni, is also an exceptional recognition to the latter, of the support given to the customs services installed in Katougouma and Dapilon, prefecture from Bokė.

As a reminder, the Consortium SMB Winning offered in 2017 to the General Directorate of Customs two 4 x 4 vehicles, two patrol boats, motorcycles and realized the construction of a building R + 1 fully equipped serving as offices to the customs administration within the Dapilon terminal.

Receiving this award, the Chairman of the Board of Directors confirmed the Consortium’s commitment to support the Guinean State for a fruitful and sustainable partnership to boost the Guinean economy.

Taken and translated from :